I wanted to stay in bed, but creaking floors and my uneasy heart conspired against that desire. I lay in the dark, and considered the final scene of a dream I'd just awoken from, in which I was with a couple others, attending a class. We were studying a workbook together, with some kind of guidance from an apparently not present/visible teacher. I lost place and began to flip through all the pages of the book, without much regard whatever instruction was being provided. I glanced to my right, where a young girl sat calmly, following along. I slowed down and found what I thought to be the right page, or pages, which changed from theory to musical staves, in the way that dreams do. The assignment was to fill in the blanks, in a sense, on the second movement of a large composition of music. I was feeling somewhat lost still, when the woman to my left--who happens to be, in actual life, a soon-to-be colleague of mine--offered some advice. At the bottom of the page there were a few, perhaps four, blank bars, before the key change into the second movement. She explained how she had inserted a long rest, there, while my eyes followed naturally to the next page. There, I surmised, I was to transpose what was written into the key of G# major (which, as you may know, is a somewhat less than common key, but I suspect this is a somewhat irrelevant detail, though I'm not sure. If this were a computer game, it would probably be a key to something, eh?). I looked at the four blank bars, and decided that I would place my own rest at the end of them, rather than at the beginning, as she had done. The dream went on, or it didn't...

In any case, I woke up shortly thereafter and spent several minutes in the dark before finally turning on the light. I listened to my thoughts for a while, thinking about getting up and writing them down versus just not doing that. I have this strange ability, mostly at night and immediately upon waking, to compose sentences, paragraphs, whole pages of actually coherent and eloquent strings of words, in my head--or at least, I think I do...I suppose they compose themselves, really, while I impose a minimal amount of control by repeating each subsequent phrase, as in A...A, B, C...A, B, D, C, E, F, G...so as to refine any rough spots and commit everything to memory, with the goal of writing it down. The problem is that as soon as I try to articulate these thoughts in writing, they become something else, take detours, get lost, change meaning. In one way, it's as simple as this: once I stray from the original path (insert sound of one drop of water falling into a small bowl of water on bathroom floor down the hallway here), by insertion of a new thought, choice of word, or punctuation, then all the rest goes with it, in that new direction. In another way, it's more like if I were a clay vessel full of water, instead of the water flowing out freely into the stream, it's instantaneously vaporized into the atmosphere. But setting all that aside, do I really want to get out of bed? At this point my thoughts were interrupted by the sound of a bottle cap--compliments of my phone, which I hadn't turned down and put on standby for the night--reminding me of something I did not need to know.  It's waaay earlier than I thought. Well fine, I'm up anyway, and there's an open beer in the fridge.

There are pages more to this story, but I think I'll go back to bed now. I need that rest, and the key change...More to come. 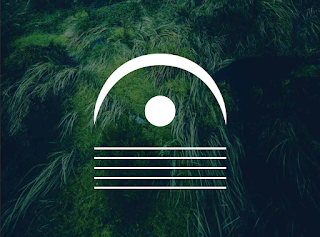 Posted by fremenine at 2:34 AM